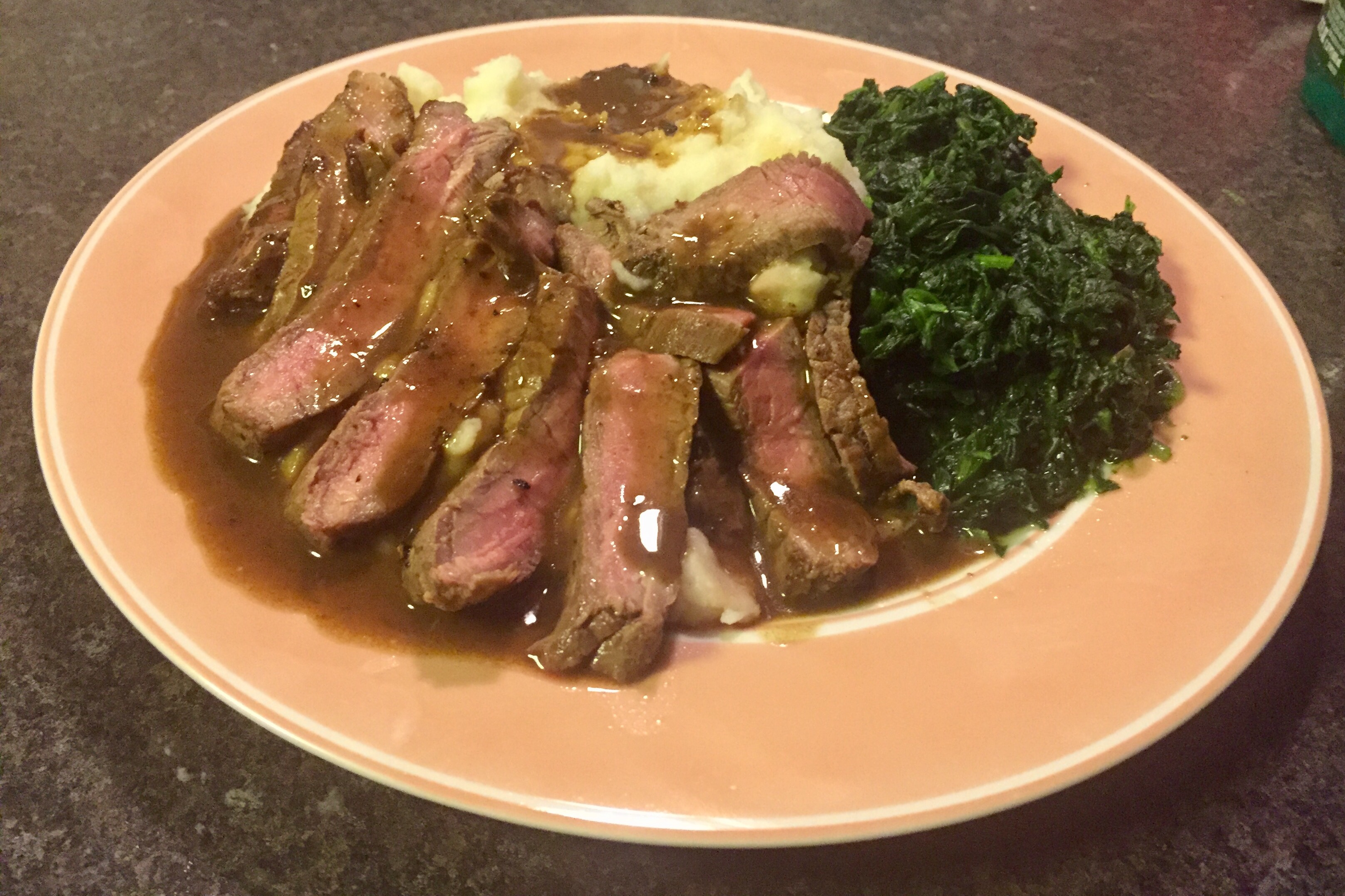 I’ve been making steak dinners for Chris for over two years, and the main thing I’ve discovered is the only thing you need is salt, pepper, butter, and a good cast iron skillet. Without a grill, the meat makes more even contact and gets a much better crust. I also prefer to serve steak with mashed potatoes since they soak up resting juices or pan sauce better than just about anything. The steak itself also doesn’t need to be an expensive cut as long as it is cooked and cut correctly to avoid chewiness. This dinner all together cost less than ten dollars for 2 hungry people.

Take your steak out of the fridge and let it come up to room temperature, then get a pot of water and bring it up to a boil while you peel your potatoes and cut them into chunks. Make sure you salt the water before adding the potatoes. Pop your frozen spinach into the microwave to heat up, then reheat it and salt it right before dinner is served. The potaoes should only take about ten minutes to cook, but it depends on how big you cut the pieces. Put a cast iron skillet on the stove on medium high while you prepare the steak. Dry your steak with paper towels and season with salt and pepper. Put a piece of butter in the pan and let it melt before laying in your steak. Now BE PATIENT. A typical steak will take at least three minutes per side, so while the steak is cooking, drain your potatoes and mash them up. Add your butter and cream in the beginning of the mashing process, but add your milk a little at a time until the poatoes are the consistency you like. Flip your steak and after a couple of minutes test for doneness by either checking with a meat thermometer or poking it. Temperature should be 125F. For the poking method, it should be firm but still a little bouncy (like poking the palm of your hand). When it is done, let it rest for a few minutes while you make a pan sauce. Cooking the steak should have created a brown crust on the bottom of your pan, so deglaze it with wine, water, or chicken broth. Then slowly add bits of the remaining butter and the resting juices of the steak. Then plate up when the sauce is reduced to your liking.

Jealous of that fond? MMMMmmmmmm….. 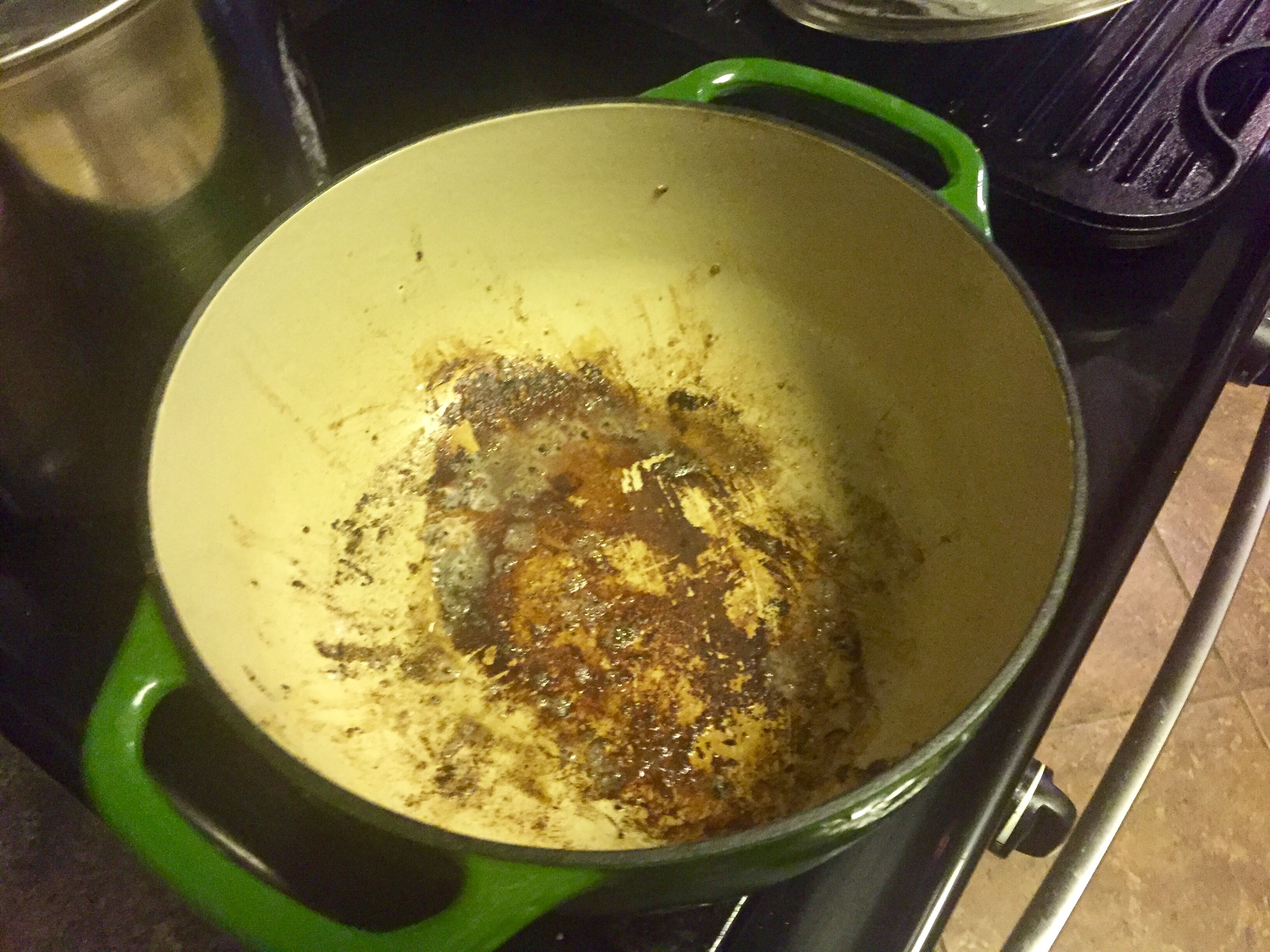