This is a simple recipe for when you get your hands on a nice pumpkin. Since no recipe on Earth will call for an entire pumpkin, you’ll need to prep it so it can be added easy to recipes or enjoyed on its own. Baking is much superior to boiling because you don’t loose as many nutrients!

Preheat the oven to 400F/200C. Cut the pumpkin in half carefully with a strong knife. With a spoon, scrap the insides and remove the guts and seeds. Coat pumpkin with a tablespoon of oil on each half. You’ll probably have to cook the pumpkin in two rounds. Bake pumpkin for about an hour or until soft. Poke with a knife to check doneness. Let the pumpkin cool once cooked, then remove flesh from the skin with a spoon. Mash pumkin with a potato masher and place in a large ziplock bag for ease of use. Freeze if desired. 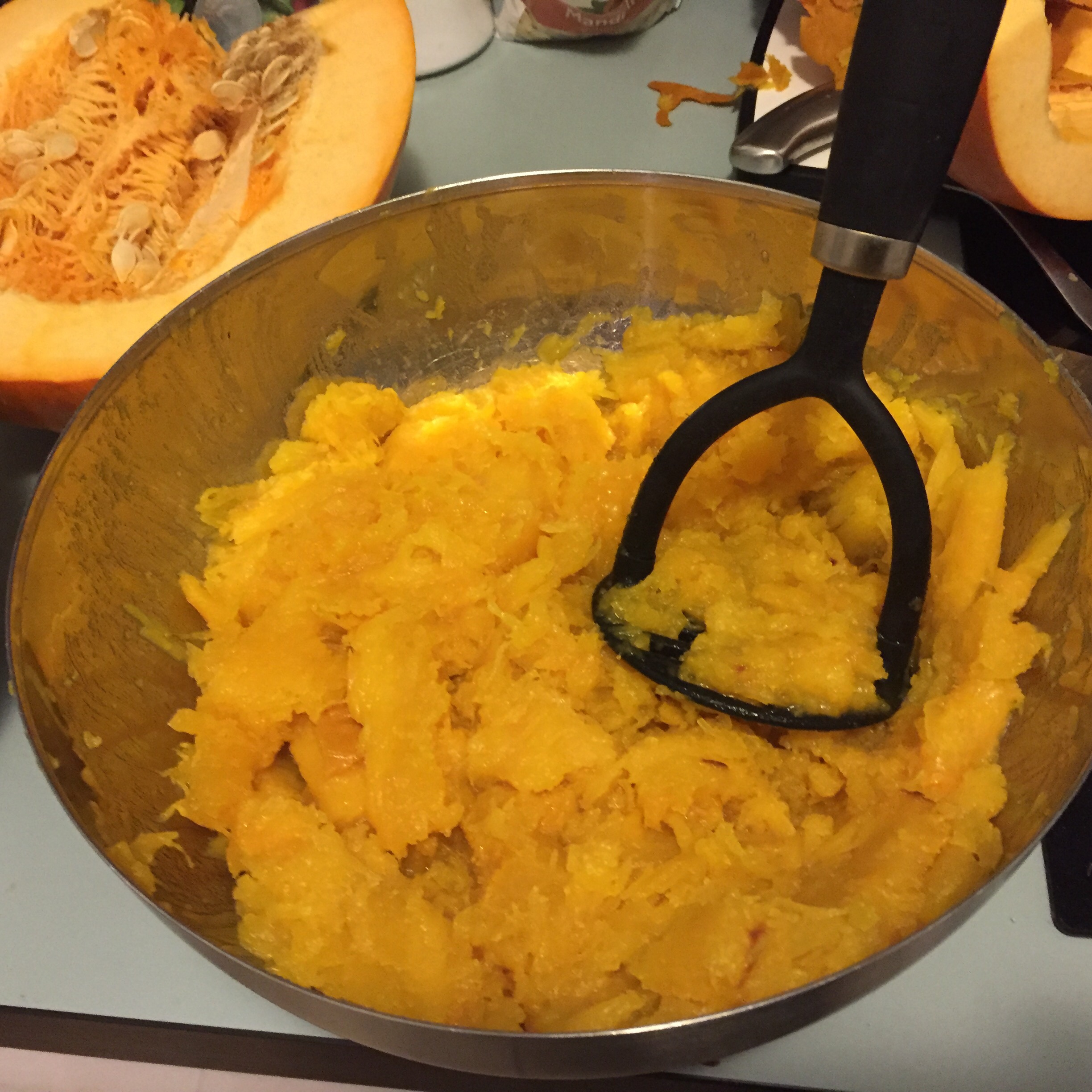