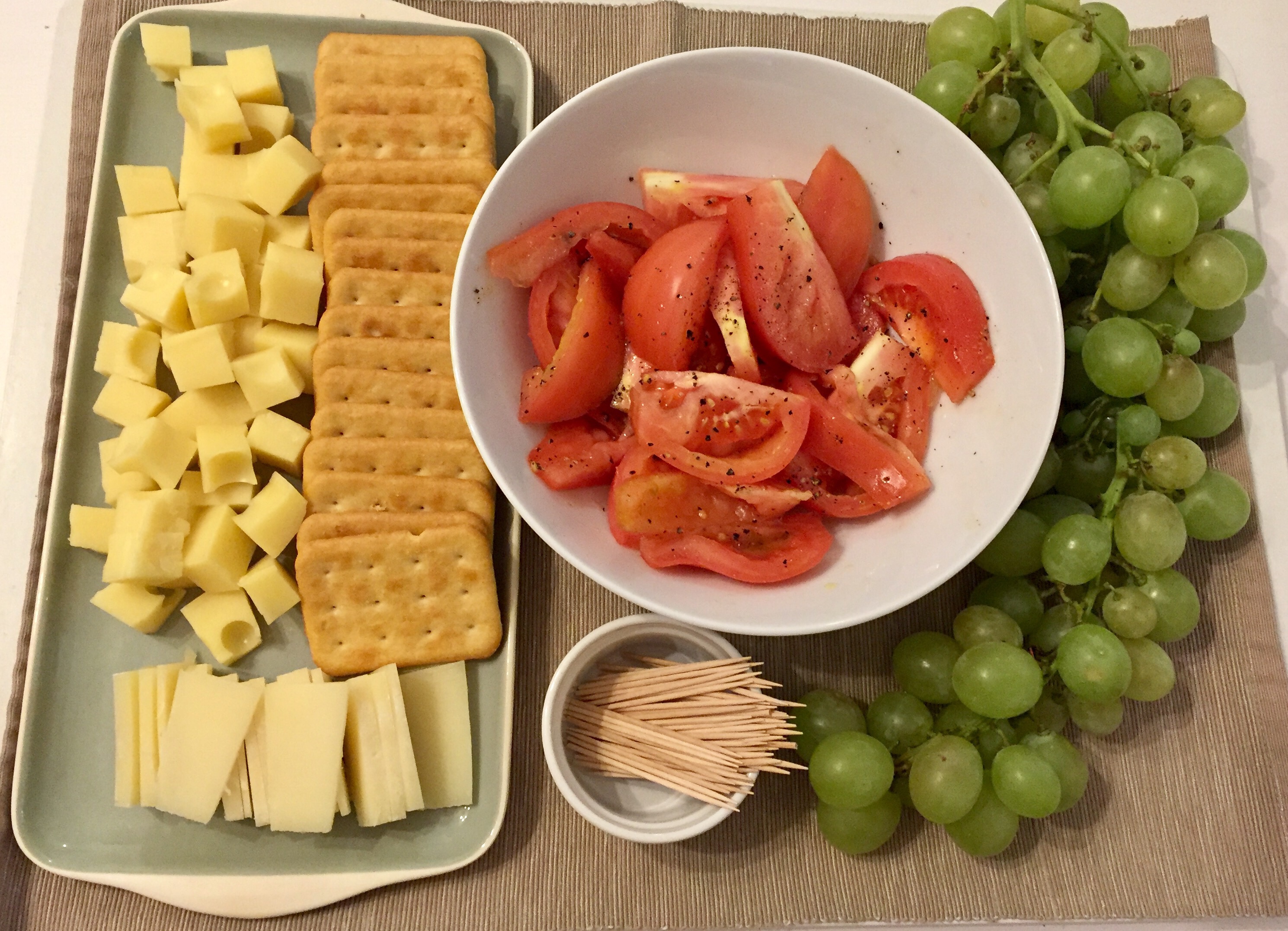 Lately, I have been obsessed with a British show called “Come Dine with Me,” where a group of strangers throw dinner parties for each other and compete to see who is the ultimate host. It had been a long time since I threw a dinner party, so last night, Chris and I had a couple of friends over. We decided to recreate a meal (or several meals if you want to get technical) that we had at a dumpling festival in Austria. So we looked up some recipes, picked out ones that we already knew worked well and went to the grocery store. Our finished menu was spinach dumplings, ham and cheese dumplings, chicken and dumplings, plum dumplings, and chocolate mousse dumplings. Needless to say everyone was beyond full. Here’s what I learned from last night, and of course from watching way too much “Come Dine with Me.”

Nothing is worse then getting in the middle of cooking and realizing you don’t have a vital ingredient. So before you do anything, preferably days in advance, make a list of what you’re cooking and all the ingredients you need. In addition, if you are making multiple courses, keep in mind how the cooking will go. Do you have enough stove burners? Are there multiple dishes that need to go in the oven at different temperatures? Think it out first and plan your cooking rotation.

Some people have allergies, and some people have a moral aversion to meat/animal products. These specific eating needs are easily learned, but if you truely know your guests, making something they find delicious will be much easier. For example, my husband hates nuts, cilantro, coconuts, and certain beans. Knowing him makes cooking food that he likes second nature.

3. Have your recipes in writing

Don’t rely on your glorious memory. Print the recipes out or write them down. When you’re doing multiple courses, suddenly your memory isn’t so glorious.

4. Start your prep work as soon as possible

Most food taste better freshly made, but that doesn’t mean you can’t do the chopping and prep work in the morning for your dinner party at 7. Cooking will be a lot less stressful.

5. Give your guests something to snack on

This part doesn’t technically require cooking. Cutting up some cheese and putting out some fruit and crackers just takes some pressure off of you if dinner is late.

This is the main reason Chris made chocolate mousse. If I had completely mutilated the plum dumplings, we would have still had dessert. And a dinner party needs a dessert.

7. Give yourself plenty of time to cook

Don’t say dinner is at 5 if you’ve never gotten dinner on the table by 5 in your whole life. Know your weaknesses.

Don’t be proud. If you need a pair of clean hands to grind pepper into the dumpling dough. Tell them.

10. Never make something you’ve never made before!

Again, so as I say, not as I do. Experimentation in the kitchen is important, but you probably shouldn’t do it if you’ve promised multiple people a good dinner.