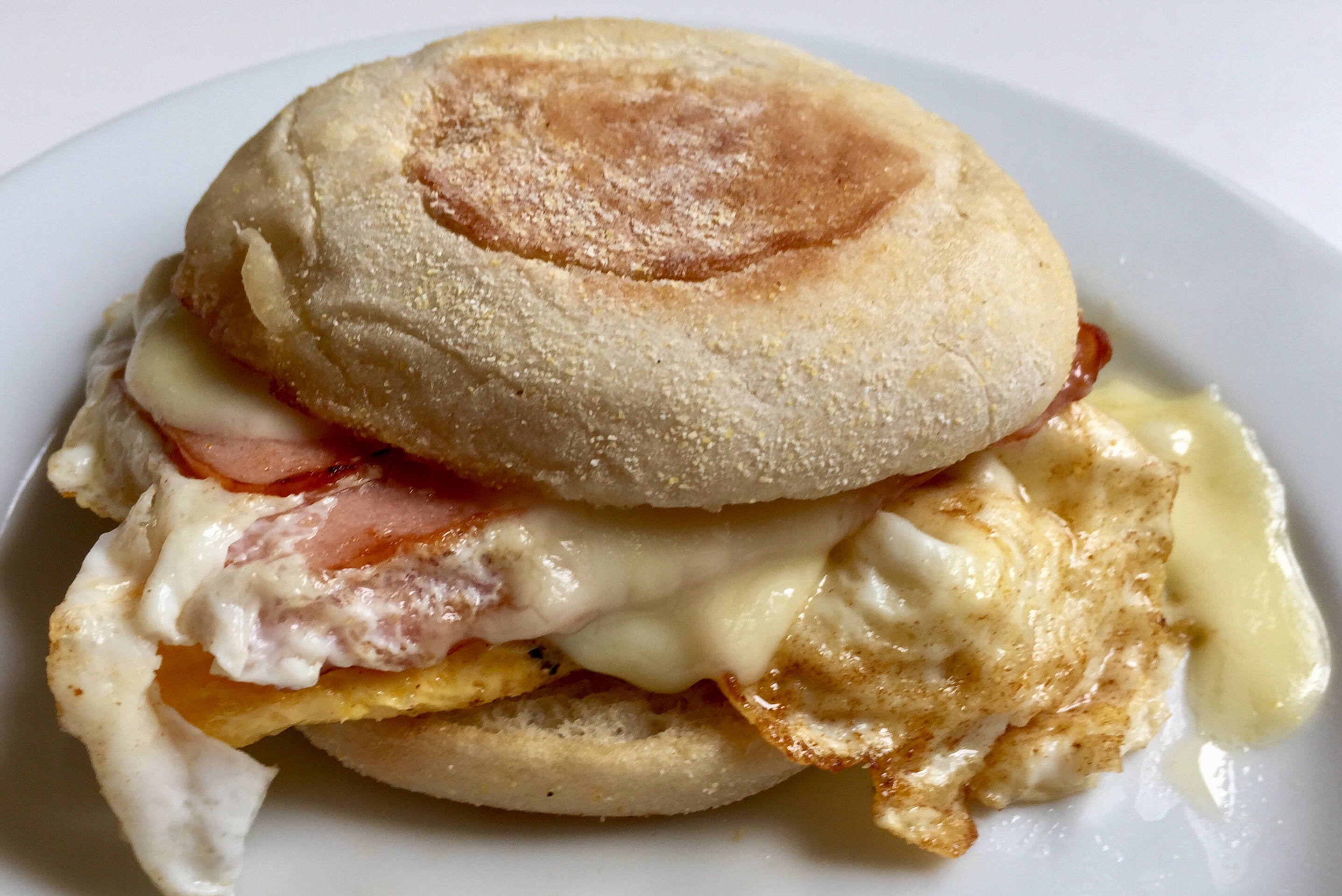 Not having a car in Germany made popping to a fast food joint for breakfast an impossibility. Now that I have a baby, eating out or leaving the house at all seems like an impossibility. But being an American, I NEED a nice breakfast sandwich every once in a while. Germans, however, do not have American breakfast sausage. Never heard of the stuff. I have found through experimentation that Leberkäse is a really nice substitute in a breakfast sandwich. Leberkäse (which translates direcly as liver cheese) is like bologna’s posh sister, so it’s amazing. Another German switch in this recipe is the cheese. Here I’ve used emmentaler, which is super mild, instead of American cheese or cheddar. I call it the McStella. Don’t judge me.

In a nonstick skillet, (I don’t even bother with a toaster), Put your english muffin insides down to toast on medium heat. In the same skillet, put the meat down and top with the cheese. On the free corner of the pan, melt the butter and crack your egg on top. Put a pinch of salt and pepper on the egg. Assemble your sandwich and consume!

One thought on “A German-American Breakfast Sandwich”